Someone asked me a tongue-in-cheek question yesterday, and while we both chuckled, honestly the question did take me off guard and I spent some time thinking about it : "Do you think running is a metaphor in your life?  Like you are running towards something or away from something?" 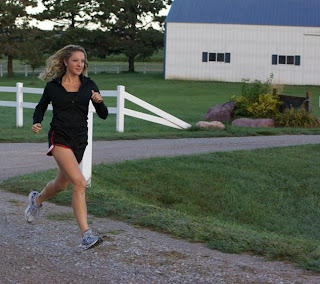 When I started running again in my adult life it was about accomplishing something small and taking baby steps.  It was about getting through the next minute, then the next mile, then the next week of running.  I had to push myself through sore muscles, inefficient lungs, and a mind that was always telling me that sitting on the couch sound so much better than being outside... It was about just DOING it and doing it when I said I would.  Accomplishing a goal I set. I didn't like it, but I did it because I knew I needed to.  It became a hobby.
Once I had enough runs under my belt and my confidence grew, inevitably I had a "bad run" a run that hurts like the first run, one that's disjointed, that just doesn't flow right no matter what I did.  These runs are inevitable and can make even the shortest distances frustrating and demoralizing.  But I kept running.  On the flip side, I had some success.  Runners know about "good runs" those magical runs where everything is going right, where your lungs are clear, your legs are strong, and your strides are powerful.  You truly feel, not matter how far you've gone, that you can go forever. Each good run I had made every bad run feel less significant and made me appreciate my time outside pounding pavement.  It became a habit. 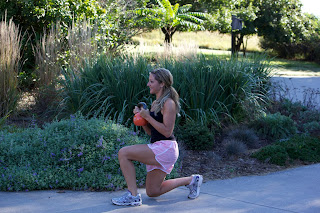 That process, that commitment led to my runs getting faster, and where I once said, "Oh I don't care about my pace, I just want to log the mileage" I was now saying, "I want to know how far and how fast I can push it." My Garmin became my favorite accessory.  I would plan runs on the weekends and started getting more competitive in races and eased my way closer to the front of the starting line.  I added strength training to build my core and get stronger.  I pushed myself in both distance and time and began to accomplish things in training that I didn't think were possible for me, a "non-runner" who had been an athlete all my life but had never done track or cross country.  I started to own that the work I  had been putting in had helped create a runner in me where one wasn't before. It became a passion.
I still have bad runs and magical ones, I still roll out of bed with sore legs, arms, abs, and other muscles I scarcely knew existed (I love those days by the way)! I still have days where the couch sounds like a solid alternative to training and days where I can't wait to hit the weights, pavement, or the trail... but I embrace all of it as being part of the deal, part of the relationship I have with the training and I wouldn't change a thing.

What I ultimately realized is that I'm not running to get anywhere.  I'm right where I want to be. The irony is, in order for me to get here, I had to run. 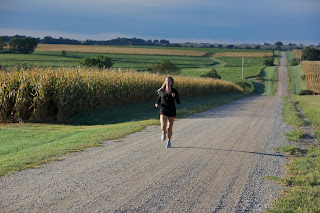