One of the beautiful things about having my running team, The Mud Mafia is the amazing people I have met and gotten to know through the process.  The Mud Mafia is from California to Conneticut and from Vancouver to Germany and we are committed to health and well-being.  Mud Mafia runners are from all walks of life and all backgrounds.  I learn from them all the time! The fact is Eating Clean is about putting the most nutritous wholesome foods into your body and that's not always easy to do and the food industry is not always helpful in this effort.  The best way to ensure that is to arm yourself with knowledge.  When you know better you do better. 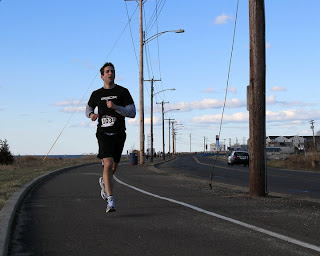 Dan Campolieta aka DanCamp recently sent me this email and I knew I had to share it!  Dan is a professional musician and independent fitness consultant (and Mud Mafia member!) from Hartford, CT who works as a coach for Beachbody, the company that created p90x.  Check out his website and blog here. More information about Dan and how to contact him follow the post.

Warning: some of the information in this email might be disturbing. Friends, I am going to talk to you today about how profit-driven corporations, agencies, and politicians have been ruining our food. Sorry - I'm actually going there, when I began to dig into some of this information I was appalled, and I thought the least I could do is share with you what I know about Genetically Modified Organisms (GMO's, or literally genetically engineered crops in today's food market) and how it could affect your daily life. This isn't a conspiracy theory, all of this is public information. It's just not at the top of the list for political discussion, though I'm hoping together we can change that!


IF YOU HAVE CHILDREN, or family of any kind - this email is a must read. We need to change these trends before it's too late.

Where it all started
I'll put it this way, things got "weird" when two things happened, almost simultaneously over 20 years ago: corporations got the idea that through a legal loophole, it was ok to patent organic material, namely seeds - and soon thereafter, Monsanto, the agricultural mega-corporation and manufacturer of Round-up and other pesticides became the leading patent holder for a number (today, in the 10's of thousands) of seeds and plants that were initially unclaimed. So before long, the leading pesticide distributor in the U.S. was also the leading patent holder of all of the seeds.


With the dawn of genetically engineered plants, Monsanto began experimenting with canola and corn that was "round-up ready" - had an immunity to round-up, so you could spray an entire field with their product, and only the genetically altered plants would survive. There is something very wrong here - the FDA approved these seeds because essentially they couldn't find any major chemical differences in the corn, though clearly there was a big difference from "regular" corn. Some rationalized that it was ok, because at the same time pharmaceutical labs were creating GMO's that were leading to medical breakthroughs with cancer, HIV/AIDS and other diseases. However there is one MAJOR difference: in the medical world, these GMO's are studied under closed quarters. If you plant a GMO as a crop, it can naturally spread its seed anywhere, cross pollinating with unaltered plants, reaching out to locations worldwide in no time. Since studies on GMO versions of corn, canola, soy and cotton were never done, the agricultural industry was taking a HUGE RISK with the widespread planting of these "round-up ready" crops.

Law Suits and Legal Battles
Before long, it wasn't a surprise that the patented "round-up ready" plants were spreading to local farmers' crop fields. YOU WON'T BELIEVE THIS, but it's true. Monsanto actually begin to litigate against the poor independent farmers who unbeknownst to them had a handful of Monsanto's patented GE corn in their fields. Astonishingly, the courts often ruled in favor of the corporation, since patent rules don't look at how the seeds actually got there, but just the fact that they were there. Besides the fact that these procedures were completely unethical, now the seeds of these genetically altered plants were everywhere, with several smaller farms being sued and bought out by Monsanto.

So...why isn't the government intervening?
Well, the truth is if you look at previous and current executives of Monsanto, several have served or are serving on the EPA or FDA. Additionally, they are known for buying out political candidates with generous campaign funding. Another problem is the huge amount of government subsidizing that is going on for large corporations. Corn, canola, cotton, and soy are some of the top grown plants in this country, so the government subsidizes the cost of production - in fact W. Bush signed one of the largest subsidy bills in the history of our nation during his first term which is still in effect today. Subsidizing allows companies like Monsanto to take advantage of the fact that farmers actually LOSE money on every genetically engineered plant that they sell. With the campaign support food companies provide, the outrageous agricultural subsidies (by the way, in Europe the FARMERS get the subsidies, not the corporations, and in Canada there is no subsidizing in the agriculture industry), and the "inbreeding" of government food officials with corporate executives, it seems like nobody is going to step up and fix any of this anytime soon. In fact, several times congress has shot down propositions simply to require food companies to acknowledge the presence of GMO's in food! This is a big problem - since companies don't have to label anything, GE crops could be on any shelf in any supermarket. The only way to be close to 100% sure it is safe is if it is locally grown, or certified organic. Anything with corn syrup, high fructose corn syrup, or soy lecithin is a potential risk for this.


Effects on Your Health
It's unfortunate, but because there is no sufficient data, there really isn't any way to say whether or not genetically altered food is bad for you. By not being forced to label GMO's (see above), there is absolutely no traceability, which is exactly what the corporations want! Anecdotal evidence says that one of the causes of the seeming rise of allergies in children is because of GE crops. Also, let us take a quick look at how this genetic alteration takes place, and YOU can decide if you want to put it in your mouth!

1) A piece of DNA from the corn's cell is removed
2) A strand of E. coli bacteria DNA is inserted in it's place. Cells are naturally resistant to gene splicing, (it doesn't take a rocket scientist to figure that out), so you actually need to "infect" the food cell with a bacteria in order for the gene splicing to take place
3) Because cells will try to eliminate bacteria, there is also a DNA strand of an anti-biotic suppressor inserted. Pharmacists are cringing at this thought, especially since we are already in danger of becoming immune to many anti-biotics! Injecting an anti, anti-biotic into our food can NOT lead to anything good!
4) Finally a piece of genetic code for the "round-up ready" trait is inserted. Methods of insertion include using a "gene gun" which injects all this DNA junk with little pieces of gold to help destroy the cell membranes.
5) The corn that is manufactured often is covered with tumors because of the bacterial infection that ensues.
6) Yay, now we have corn that won't die when you put deadly chemicals and pesticides all over it, congratulations. Can't wait for dinner! (sarcasm...).

A slight ray of hope
The only hopeful news in all of this is that in the past decade, the amount of farmer's markets and general awareness of the need to support local produce has gone up exponentially. Additionally, advocates have fought to raise the standards of "certified organic" food to actually mean no use of any chemicals, whereas before these standards were wishy washy.

What you can do:
1) Be safe. Another reason to avoid Soy Lecithin and HFCS. Spend a little bit more money and buy local, certified organic food.
2) Talk to your local government officials. 1,000's of people rallied and got the standards of "certified organic" changed. I'm sure most of what you read in this email was news to you. Spread the word, get other people excited, and talk to your senator or representative.
3) Don't be discouraged. There really is hope. For a while it looked like "Pharming" (growing plants with pharmaceutical properties, including a "spermicidal corn" that was being developed) was coming into a new age. But in reality, the growth of Whole Foods stores, farmers markets, and general awareness of some of these atrocities have put us in a positive direction.
Wow - so hopefully you can read this a couple times and really digest it. I had a lot to say. If you want more information, I got a lot of this info from the documentary "The Future of Food" which fortunately just got uploaded for FREE on Hulu. http://www.hulu.com/watch/67878/the-future-of-food.

So enjoy your week! Keep pressing play, and I hope this email gives you a NEW definition of what it can mean to EAT CLEAN!

Thank YOU, Dan, for sharing your knowledge and for staying on the clean path!

More about Dan: His website http://www.fitasylum.com/  is both a blog about health and fitness, as well as an information center for p90x, Insanity, Shakeology, and other Beachbody products that can help you get in shape. Dan has been a runner since High School, but in his mid-20's began to put on some weight and get out of shape. He began using the p90x and Insanity DVD workout programs in 2008 to kick start some healthy life changes, and since then has lost 20 lbs and is back to his weight when he was 16, but with more muscle. I "real" person testimonial, not just a person in an informercial, Dan is proof that if you dedicate yourself to eating healthy and working out TODAY, you can make permanent life changes, whether that is something like p90x or your own program.  I can testify that Dan is  remarkable person and a person who is genuinely passionate about wanting to help people reach their goals!
Email Post
Labels: dan campolieta genetically modified organisms the future of food the mud mafia