“Of all the people you have you are the one person you can depend on. As ineffable as it may seem you won’t let you down and at the end of the day you have chosen your life for a reason. Regardless of whether or not you know WHY. You did.” – Katy McCabe 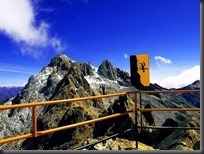 My Pilates instructor told me the first time we met that at a certain point in time she’d put me in a position knowingly or unknowingly where I would fail, and ultimately I would fall off the machine.  “It’s inevitable.” she said.  “It will happen.”  And most falls are unavoidable.  It just happens, a delicate balance… a slight shift and a precarious equilibrium is lost.  “You will have it until you don’t.  You won’t know it’s coming until it happens.” she told me. “You’ll commit to the movement and if it’s too much it’s too late, you’ll know, and you’ll fall.”

The last few weeks have been busy.  My beautiful but overscheduled children, a nagging shoulder injury in training, bills, upcoming holidays, a busy season at work, and actively planning my 2012 racing schedule have left me feeling the burden of it all.  Taking on more and more as I go never laying anything back down again and I wonder if the same holds true… am I continuing to add on until the moment I break or until it’s too late to put it back or put it away?  Am I dancing along a ledge unknowingly close to a break, a fall, without the awareness of it’s inevitability?

As I’ve gotten older and lived more life, I’ve experienced my fair share of falls both small and life-altering.  And through that, I’ve come to believe it’s not even about the fall.   It’s been true that the collapse of some of the foundational things haven’t  had a warning flag though looking back there was a build, however small, a hesitation, a pause at times that were telling though they were unacknowledged at the time.  It became apparent only after the fall when looking up the signs all loomed large and the damage had already been inflicted.  I had already fallen.  But you don’t do always yourself a disservice in the fall itself.  They happen.  Even big ones.

For me, those falls, the collapse of a marriage, the loss of jobs became catalysts for drastic life changes and had the capacity to overwhelm me especially in dark moments, and there were dark moments.  Despite the carnage they wrought and the residual impact, I’ve come to believe that it’s not about the fall.  It’s not about the damage.  It’s done and happened.  It more about the choice just after, and the next one, and the one after that...  It’s not just choosing to get back up, it’s not being afraid to fall again. Learning the lessons with confidence and reclaiming a boldness to your living.

The fall is just that, an action and it’s not even avoidable sometimes.  It defines nothing, exists in a vacuum and has a definitive end point, even if that point is rock bottom.  What matters are the things in our control, the reaction, the choice.  It’s getting up and moving forward unafraid and it is not supposed to feel good and it’s not supposed to be easy… But it’s what you do.  Because it’s the only thing that you have left sometimes.  And it’s better than nothing… it’s everything.