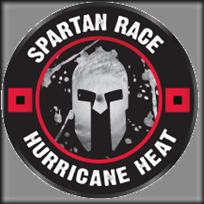 As I exited the hotel lobby at 4:30AM in the dark Southern California morning, I shuddered against the cold and watched my breath escape harshly into the air.  “So much for Malibu sunshine,” I remember thinking.  Hopping in the car with Tommy and Joe we drove over to the venue to kick off an early morning challenge with about 100 people in the earliest Spartan Race Heat – the Hurricane Heat.  Born in the belly of a hurricane it’s a heat that’s about everything BUT racing, it’s about making connections, completing tasks in extreme conditions and Malibu was the newest installment of an experience that was constantly evolving.  In the Hurricane Heat, I’m acting as facilitator not as the participant.  And it’s a new game when you’re on the other side of the ball. 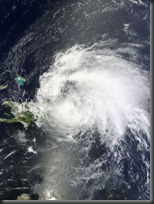 The Hurricane Heat had noble and humble beginnings.  When the East Coast was threatened with a hurricane the Spartan Race set for Amesbury, MASS on Sunday was cancelled when the state pulled our permits.  In a last minute monumental effort, we secured new permits for early Saturday morning and offered a bibless, chipless crack at the course for any runner’s scheduled for Sunday so that they could get a chance to run the course.  It lasted nearly three hours for the 235 people there.

What was sandbag carrying and burpees in Amesbury had become something altogether different on the distant coast of Malibu or even Staten Island, the HH I previously wrote about.  Now, the event was more organized, more focused.  There was mandatory gear, team-based challenges, and timelines dictated during this event.  I could feel my heart beating in my chest with excitement.  I love race day.  Ask anyone.  I could hardly slept, it was like Christmas morning.  I was anxious to get started. 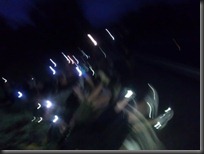 The groups started arriving to the dark parking lot, their lights breaking through the darkness and I could feel the anticipation building and the apprehension of the unknown in the air.  Their faces harsh and masked in the darkness made it hard to see what lay in their eyes.  Fear, confidence, uncertainty?  For all of us, it was like holding a breath…This blog post could easily be about the tasks and the events of the day, the runners gathering and coming together, the crazy things that were asked and executed, but the compelling nature of this event was the transition from darkness to light.  From the unknown to the accomplished. 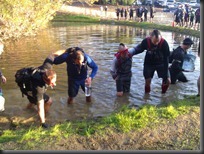 another knew the trails and routes we’d take and the anxiety was quickly crushed by the physicality of what we demanded.  Over and over the groups were made to carry, made to hold, made to be in physical contact with one another compounding into half of the group being blindfolded and led back to the place where we began as the sun was just beginning to rise over the valley.  When blindfolds were finally removed, the sun was rising high and strong in the sky and the mood was lifted. 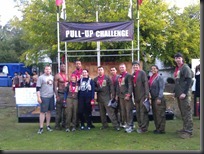 However shivering and cold, despite being fatigued and cramping, seeing the the sun was like injecting a new life into the 100 or so people who had been in motion for over three hours.  By the end of the morning, all tasks completed and in the light of day, their faces were not shrouded from my view.  There was happiness.  Happiness in finishing something that four hours earlier was unknown, and waited for them in bush trails, switchbacks, culverts, barbed wire low crawls, and over walls while blindfolded.  This heat wasn’t mine.  I can’t claim the accomplishments of the morning.  It was theirs, the Malibu Hurricane Heaters.  Watching it unfold, commanding it’s pace and execution was it’s own gratification for those of us who led them out and brought them home.

It might have been the most beautiful sunrise my eyes have seen.  Darkness to light.