Not until we are lost, do we begin to understand ourselves. -Henry David Thoreau 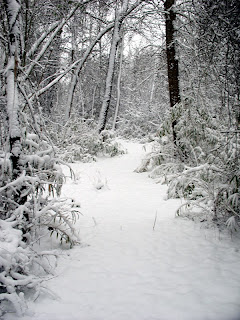 I have an annoying habit of getting lost.  I've never been good at reading maps and I was a teenager before I knew North, South, East, and West in the city I'd lived most of my life.  Once, when I was six I was at Sears with my mom and I snuck off and hid in a revolving clothes rack while my mom was trying on clothes.  When I emerged a few minutes later, she was nowhere to be found.  I felt the blood leave my face, my hands go ice cold, and my stomach sour with fear. I thought I was going to throw up and I felt dizzy and light headed.  Frozen in place, I didn't know what to do.  Moments later, she breezed easily around the corner, the flood of relief washing over me like a waterfall, and I nearly collapsed in her arms.  I'd never actually been lost and she didn't even realize that for what was probably less than 10 seconds I felt completely alone.
I didn't outgrow this tendency as I reached adulthood.  I once got lost in the woods in the middle of the night.  It was cold and dark outside, the snow was falling in sheets and the trail was nearly indiscernible from where I was positioned.  Not able to see more than a few feet from my face, I was terrified of where I was supposed to go.  The disorientation of that uncertainty was mind numbing.  I spent the better part of an hour unsure of what direction to move and it took a miracle for me to see a light in the distance that ultimately led me back home.  When I got back I was shaking, but not with fear, but with recognition of the familiar and with gratitude.  My body knew physically what home felt like when we arrived there.

For the past week, I've had more than one unfinished blog draft waiting to be finished in my file (See: blog posts unfinished = metaphor for my life at present.)  The blog count is up to five, well six I suppose as I type, since this is a new one.  I am hopeful that I'm going to see through to publish before abandoning it for a later time.  I am wanting the words to flow, to come easier than they are now, I don't have to try to conjure them but effectively, I'm lost in a blizzard of words that won't stick to paper.

Given that lost isn't new territory for me and I'm not lost in a foreign place, I'm not afraid this place and oftentimes I welcome the experience.  By desire, design, or deficiency, I am regularly traversing the unfamiliar and getting lost along the way (sometimes in a blizzard) but somehow I end up popping out into a place that even if it's new feels familiar, feels like a place I've been, or a place I can call my own.  And it is always that same feeling of gratitude washing over me when I get there.

I've come to believe that home for me isn't a physical place, it's a state of being.  It's the person I've become combined with the community I've built around myself, and it's always in motion.  Home is always evolving.  And for me, that can't be contained beneath a single rooftop somewhere, and it's not a destination on a map (that I'd probably get lost following anyway).  Home is all along the way, and it's what I bring with me.

I'm lost again, but not inside a clothes rack or in the woods.  It's more complicated but no less uncomfortable.  And I'm unsure how I'm supposed to even begin or where to step.  But, I suppose the important part is that I know I will begin, and I will continue to move forward.  However unsure I feel of the direction and the path I have faith that my uncertainty is probably not accidental.

So my getting lost, then, might just be what I'm supposed to do and I'm right where I'm supposed to be. Being lost means we know that there is something worth seeking and that when we arrive we'll know we're there.  And not just because home has been found but because maybe we were never actually lost in the first place we were just expanding our territory.