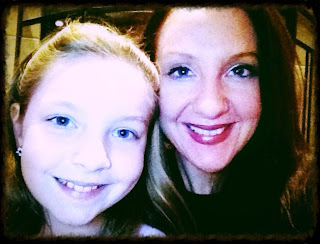 I've been recounting Life Lessons of the Year.  Here are the final six (and a half) from 2012.  I am really proud of the growth that my girls and I have undergone this year.  I'm feeling more and more like we are connected and happy in a beautiful and unique way.  I'm thankful that they constantly teach me, far more than I am probably imparting on them.  I'm also learning I have so much more to learn...

Here is Part Two.  Part One can be found HERE.

Life Lesson #13: Bet On Yourself
Haters will hate.  Don't expect a cavalry.  They may never come.  You didn't need them anyway.  Rise up… go beyond… do what they think can’t be done but it won’t matter what they think when you do.  Because you’ll be far away to places they could never imagine for themselves.  And it won’t matter that at one point they said it couldn't be for you.  Because you always knew you could.  Don’t let their world be your world.  You’re too big for that.  So be big. Your world is waiting.


Life Lesson #14: Be Prepared
I deviated from the norm with this one.  Kept it light, but the message is to be resourceful and be aware.  There are many things in life you can learn and prepare for in advance, and even more that will take you by surprise.  The trick is to manage the unexpected without losing your head.

Life Lesson #15: Speak Up
This one came directly from my heart. The loss of a friend to suicide far too early in his life, a depression that went unnoticed that took him from all who knew him.  And nothing can ever become so bad, can ever be believed to be so permanent.  And the hardships will come, and I can't keep them from coming... and I wouldn't keep them all - there are lessons there.  There is grace is overcoming them, in finding yourself in the chaos and noise.  But, please, speak up when it's too much.  Speak up, when there is more that you need, when you feel invisible, when the hope is slipping away even if it is just for a second.  Speak up then.  Don't wait.

I'll never leave you there, in that place.  I'll never let it be what you believe you deserve or that it's something you have to face alone.  And I can't promise I will be able to make it better... but I can promise to never leave your side and never give up because I know what is on the other side of the difficult times.

And I'll raise you to trust yourself, to believe that your strength is enough on its own, but I'll still be here....just in case you need a reminder.

Life Lesson #16 and Life Lesson #16.5: Be Nice (That Means You Too):
Part One: Be nice.  Make nice a habit.  Make it part of your reputation.  Pay attention to the people in your life, even strangers whose encounters are brief and singular.  Pay attention the space you occupy and how that affects the people who occupy that space too.  Be nice to the people closest to you because they are only there for a short time, make the most of that time.

When you can't be nice, be fair and decisive.  Choose those moments wisely, though, and don't make excuses use reason.  These moments should be few and far between.  And being nice doesn't mean being a doormat.  Nice isn't weak or wrong.  Nice doesn't mean that you don't ask for what you want or don't expect to be treated well in return.  It means being a person who is aware, thoughtful, and generous.  It is treating others how you would like to be treated.

It's easier than it sounds and it doesn't cost you a thing but it could mean the world to the person on the other end.

Part Two: It became clear that part of the lesson in "being nice" means to yourself as much as anyone else, sometimes even more.  I'm not saying to go easy on yourself, put yourself first at all costs, or only listen to what you want... but there comes moments when you should be the focus and when you and what you want, what you need, what you should get, and how you should be treated does matter and should not be ignored.  It's not selfish, sometimes it's survival and sometimes it's just recognizing hitting a wall or what is being presented to you isn't something you want, or how you're being treated isn't okay.  It doesn't mean that you even need to speak up, you just need to quietly decide, change directions, and keep moving watching the earth spin beneath your feet...  Lesson learned times two. 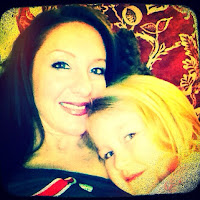 Life Lesson #17: Feel the Rush
There are those moments, those perfect rushes of joy that we can't explain that flood our system with all the good stuff.  Those moments can be rare, so few and far between, especially as we get older and the world isn't the same as it was when we were children.  When you find yourself submerged in one of those moments, appreciate the experience completely... exist solely inside of them, because they will never return to you exactly as they are in that singular experience.  Close your eyes, take a breath, remember how you feel, what you smell, what you see when you let your eyes flutter open.  Let the feeling of it wash over you, the waves like a gift, temporary and complete.  And as it leaves you hang onto the slivers of beauty it leaves behind.  Those are the reminders of what is possible.

1. The truth hurts.
It does.  And while "truth" is often relative to the teller, it's no less hurtful to hear.

2. Bad things happen to good people.
There isn't a reason.  I don't care what anyone tells you, even if one is offered, it won't ever feel like enough, because it isn't.  Sometimes there won't be anything that will ever make it "better."  See also:  Life isn't fair.

3. Sometimes you don't get what you want, even if you deserve it.
And it won't make you feel better to know that you were qualified, capable, or any other word to describe your deserving.  It won't always work out like it "should."

4. Everyone makes mistakes.
You will make a lot of mistakes.  Sometimes those mistakes will change your or someone else's life forever.  Forever. And there won't be a way to take it back or make it better.  You'll be made to live with it.  Sometimes those people will be strangers and sometimes it will be someone you love.

5. You won't appreciate all that you have until it is gone.
Sometimes it takes a loss to realize what was there, and you'll undoubtedly find yourself in this position.  Part of learning is losing.  They're called hard lessons for a reason.

6. Love hurts.
No one tells you when you’re young how much love can suck.  That love isn't always warm and fuzzy.  It stings, and burns, brings you to the brink of the darkest, deepest despair and it can be incredibly lonely and debilitating.  We pursue it anyway…and  it isn't just that it can make you do stupid things, or that someone can find their way into your heart only to smash it into a thousand pieces... Love can break you in half like no other force can and for as high as it can take you, the fall is equally far.  It isn't just what another person can inflict with damage, it's what will be asked of you in the process.  The biggest thing no one tells you about love is that sometimes the greatest act of love is walking away if that is what is required… because with real love it was never about you in the first place.

7. You can't change the past and you can't predict the future.
A friend of mine with terminal cancer put it all in perspective for me... as she talked about how she would tell her children that they would lose their mother far too soon in their young lives.  How she knew that they would probably never fully know what she wanted for them, how much she loved them, how she knew they'd miss her and that in solitary moments, milestones, holidays, and that in every other breath they'd take a part of them would never be the same, and that there would be a shade of sadness that they would carry with them always.  "I can't change that for them," she explained.  "I won't be here then...I am here today."

So, in the knowledge of what will happen, what you will do, what will be done unto you, and of what is unavoidable, there is a shred of good news.  You have the right now.  This very moment to make the most of what is being offered, or what has been taken, destroyed, or levied.  You have what remains.  Things don't happen for any other reason than the ones you create for yourself in the aftermath... you aren't going to get any more or any less than that.

You get a decision, maybe a series of decisions - ones that maybe you never wanted to make, ones you can't begin to understand the reasons for, but ones that are unequivocally your own.  You'll have choices...  perhaps unexpected or undesired, inconvenient even... but it's up to you which ones to make and how to continue on once they've been made.  So, choose wisely.  (That might be the biggest lesson of all.)