How Not to Be Alone 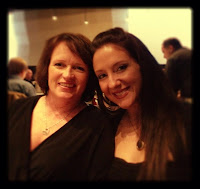 Forgive the past and go make some other plans.... For the last three years without exception, this house has been occupied by three souls, but only one adult - me.  And in that time I've adjusted to the solitude that comes with being a single parent, even on the weekends I'm the only one here.  I think it's been an evolution over time.  I spend a lot of time by myself.  The girls go to school and I work at home, sometimes going full days without speaking or seeing other adults.  Truth be told, I enjoy being alone a lot of the time.  I always have.   I've never considered myself lonely on a consistent basis outside the occasional self-pity moment.

There are a lot of cliche perks to living alone.  Remote control privileges, no arguments at dinner time and far less laundry.  I don't have to share my bed, outside of the nights Cate crawls in and pushes me to the farthest edge of what is rather large king bed.  At night, I spend much of my time working, the quiet house a familiar set of surroundings that are comfortable.

I had a momentary glimpse of something else this week.  This week, a woman came to stay with me while she worked on a project for my company.  And for almost a week I had a guest in my home.  We'd never met in person before she arrived, though we had talked frequently.  She's a mother to two grown daughters and a former Nebraska resident living in Mississippi.  For almost a week, though she was a guest here, in my charge to make feel at home, she was constantly and consistently taking care of me instead.  An unfamiliar space I'm not used to, having someone around to help, willingly, to do things for me for no other reason than because it was helpful and appreciated.

I'd find laundry done and folded, food in the fridge and dinners of food I could eat and really liked. She wanted to run errands with me and watch Taylor's soccer game and the Play-off football game, even though my beloved Packers lost.  I almost didn't know how to react at first.  I wasn't used to be taken care of like that, having someone to talk with about the day, sharing conversation, the day's burdens, and just not feeling alone for a while.  It was an appreciation I felt deeply and unexpectedly.  She'd ask how I was doing and wait to hear me answer, she'd inquire about what I did during the day, about my family and friends and I realized how infrequently I have conversations like that, how much it meant to share something about my day with someone who wanted to listen.  I realized how many times I was thankful to have her here.  We'd sit up at night and talk, then she'd go to sleep around the corner.  I'd make sure there was coffee in the morning, and we even celebrated her birthday while she was here with a few friends out to dinner and she came with me to meet some women from my gym.  It was like having a big sister around again.

She left this morning and the girls and I really miss her.  The house, my house, felt a little more full with another person inside.  As I sit in the quiet familiar of my house, I'm still a soul who embraces the solitary but I remember how nice it can be to not be alone for a while.  How someone can, in just being who they are, remind you a little bit about who you are too, even if you haven't visited that part of yourself in a while.