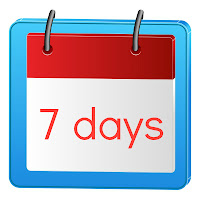 "Eliminate all the things that are causing damage, seen and unseen. That means everything.  I'm not just talking about food, stressors, and habits that are in your control, girl.  I mean environmental too...  If you have any assholes hanging around, now is a good time to get rid of them too."  - My dietitian

I laughed when she said the last part, though she's absolutely right.  We were sitting having some tea (yes tea, not coffee) and talking about my first official week.

"I don't generally eat assholes, but I'll take that into consideration." I replied.

I feel amazing.  That's the truth.  The good news is since my doctor made some drastic dietary recommendations, it's been seven days since I've put them in effect and I feel incredible. Truth be told, even my initial scans won't be conclusive if the diet and medication is working.  It will be noticeable in trending over time in subsequent scans, so since committing to the new lifestyle, I'm in the long haul.

It's been seven days and I wake up refreshed, my mind is more clear, my eyes are brighter, and my skin is more hydrated.  I've lost four pounds.  I'm not actively trying to lose weight, that one just sort of happened.  My face is less puffy and I'm less fatigued throughout the day, and my energy levels have gone up.  It's only been seven days, but what a difference it has made.  I've never felt hungry, I've never felt deprived, and my children have eaten wholesome healthy meals with some of the same restrictions I'm under, but not all.  I've been meeting with a dietitian and will continue to do so to keep myself informed as I learn more and more about how to manage so many restrictions, especially when I travel or am not able to be in my own kitchen controlling food preparation.

So, seven days down, the routine is in full swing, and I'm already feeling the positive effects.  Thank you to everyone who has checked in and been supportive of such a huge change in my life and the unknown territory I've entered in so many ways.  The websites, recipes, and supportive words have made all the difference.  I've really appreciated all the advice and well wishes.  Better every day.
Email Post